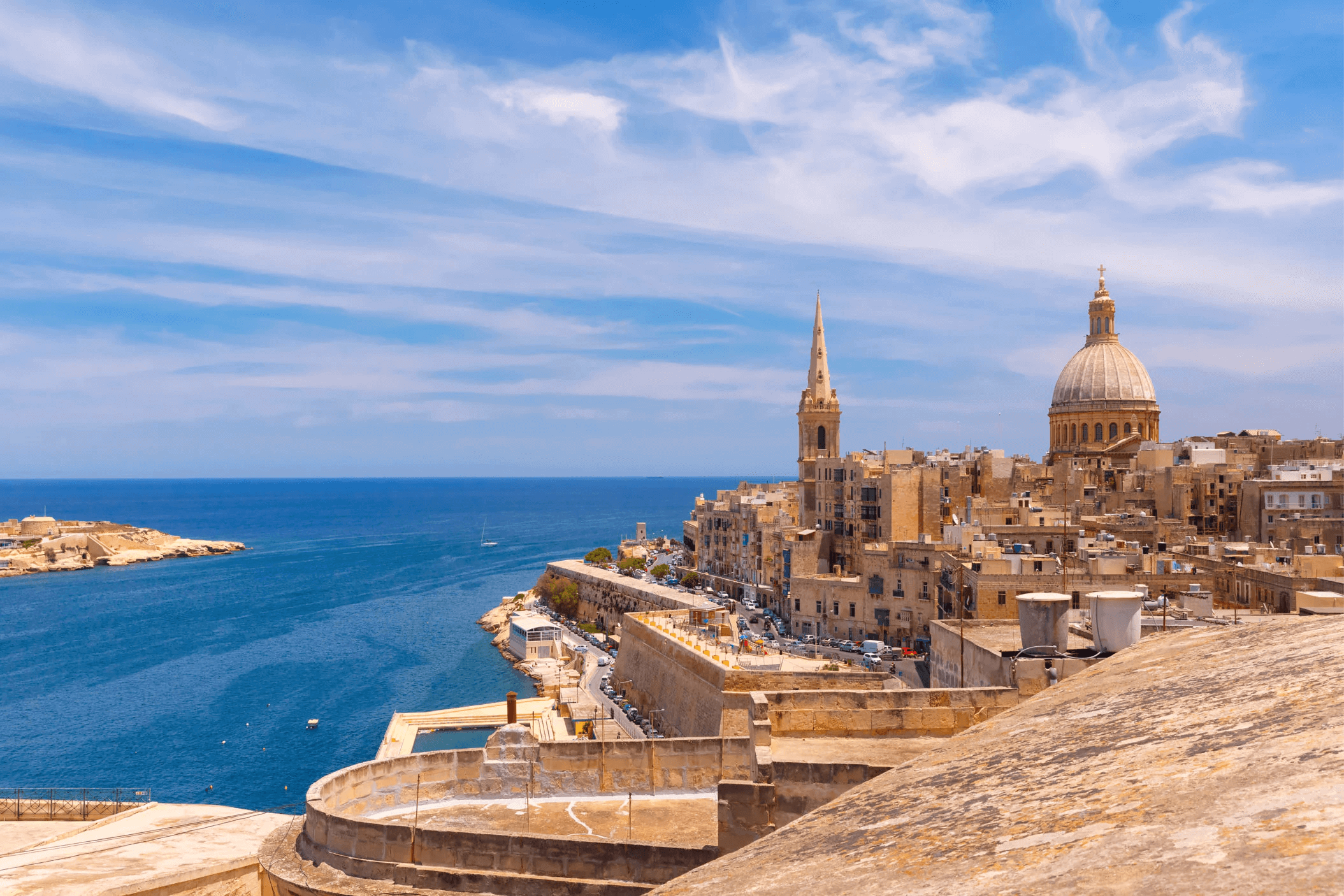 Malta is a sovereign nation in Southern Europe consisting of an archipelago of three small islands in the Mediterranean Sea- the main island Malta where most of the population lives, the rural and rustic Gozo, and uninhabited Comino with its famous Blue Lagoon. Malta’s location 80km south of Italy, 284km east of Tunisia, and 333km north of Libya gifts it with year-round warm weather and sunshine, and it enjoys excellent transport links by sea and air to continental Europe. A member of the United Nations and Commonwealth of Nations, Malta became independent from the United Kingdom in 1964 before declaring itself a republic in 1974 and later joining the European Union in 2004. Inhabited for millennia since approximately 5900 BC, Malta’s central location in the Mediterranean, along with its position at the crossroads of Europe, Africa, and the Middle East, has historically given it great strategic importance and left it with a wealth of foreign influences, with a succession of powers having contested and ruled the islands including the Phoenicians, Romans, Greeks, Arabs, Normans, Aragonese, Knights of St. John, French, and British, all of whom left their mark on Malta’s architecture, cuisine, and language. As such, Malta boasts an impressive history and ancient culture on par with or surpassing countries far greater in size, and remains the most attractive option for individuals wishing to obtain citizenship in a dynamic and wealthy European country.

Citizens of good standing and their families may be granted full Malta Permanent Residency under an amendment passed in November 2013 to the Maltese Citizenship Act, Chapter 188 of the Laws of Malta. Applicants are required to contribute to the economic development of Malta, to provide proof of one-year residence in Malta and proof of title of the residential property in Malta.

To apply for Malta’s Residency Program, an applicant must satisfy all of the following financial criteria (real estate & investment)

Make an investment in Government Bonds to be held for at least 5 years.

A donation of € 30,000 (a non-refundable contribution to the Government of Malta)

If the Malta resident would be able to sell the purchased bonds after five years, he would not be obligated To cover the maintenance costs of the property after five years, and be able to terminate the lease or sell the property purchased after five Years. The applicant must have proof of annual income of 100,000 euros or a net value of not less than 500,000 euros
Notice *Please note that the above amounts do not include Application fees, Processing fees, Permanent Residency Card fees, Taxes fees and World Gate’s professional fees.

After down payment of the professional fees required to open your application, World Gate will provide assistance and advice in regard to the collection of the required documents. World Gate will also guide you through Maltese property options in order to satisfy your requirements and start preparing property purchase or rental documentation required for the residency application.

World Gate will submit your report and the application to the IIP Agency, the government agency responsible for the applications, provides submission of your documents, 5,500 Euro is paid to the agency to cover the costs of government due diligence fees (this amount is included in the one-time administrative fee)

The Maltese government makes its decision- the application is accepted, declined or further documentation is requested. Once your application is accepted, the balance of service fees shall be paid to the government, along with the balance of the investment bonds and payment for the purchased or rented property. World Gate will help you to complete and submit all required documents in order to finalize the purchase.

The applicant and dependents shall be required to visit Malta to provide biometric data. Malta’s permanent residence cards are granted for five years with the option of subsequent renewal. 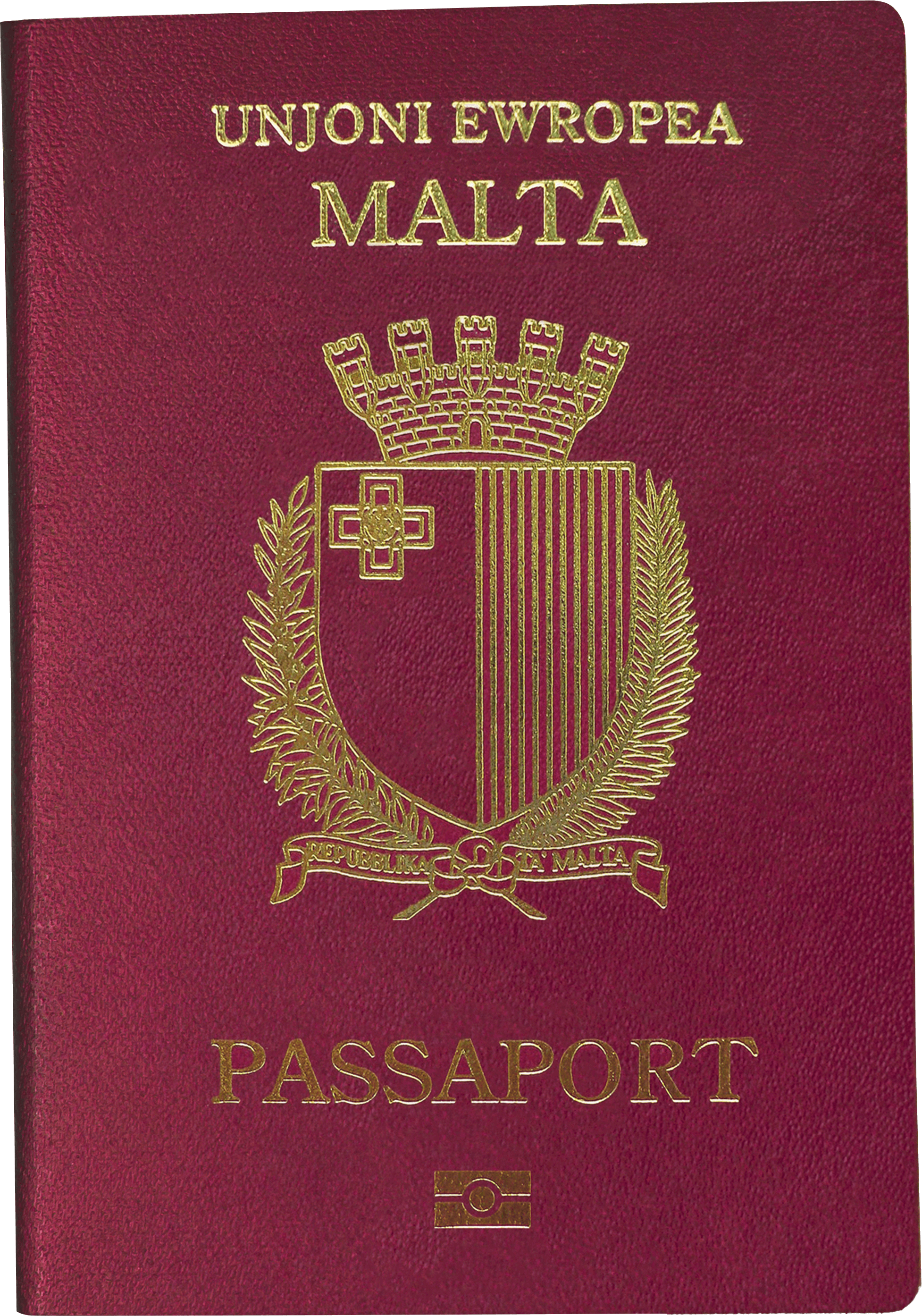