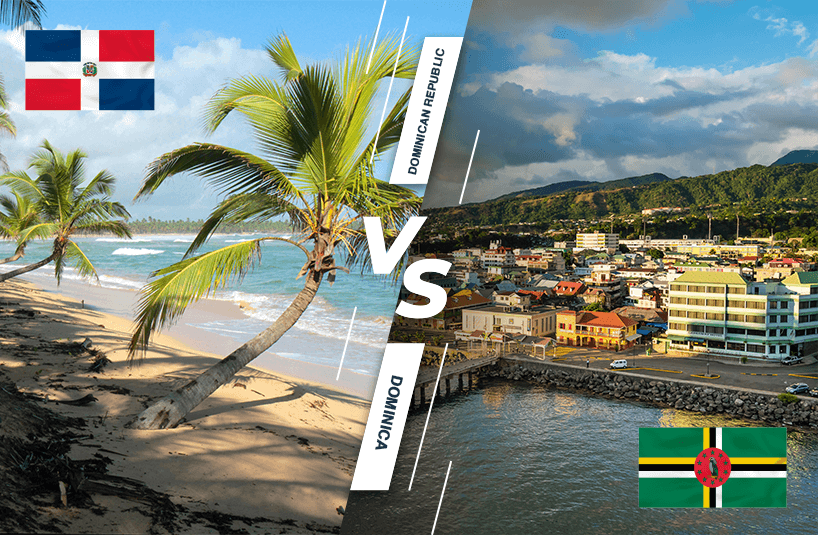 Some may think that they are the same country, but both are independent countries with their own entity, and although they are from the Caribbean countries, there are significant differences between them. Dominica is called the Commonwealth of Dominica, being one of the countries of the British Commonwealth, while the Dominican republic is called so because it is not under sovereign rule but is subject to presidential rule.

Dominican Republic has lived a long history as a British colony and then gained its independence in 1978, unlike the Commonwealth of Dominica, which is considered one of the British sovereign countries in the same year.

It is worth mentioning that despite the large size of the Dominican Republic and its strong economy, it suffers from the fact that its passport is very weak, unlike the passport of the Commonwealth of Dominica, which is one of the most powerful passports currently, it ranks 37 World Gate can help you obtain the Commonwealth of Dominica passport..Contact us for  a free consultation now.

Why is second citizenship by investment one of the most successful ways to invest for Middle Eastern investors?

Why is second citizenship by investment one of the most successful ways to invest for Middle Eastern investors?

How do wars and citizenships correlate?

How do wars and citizenships correlate?